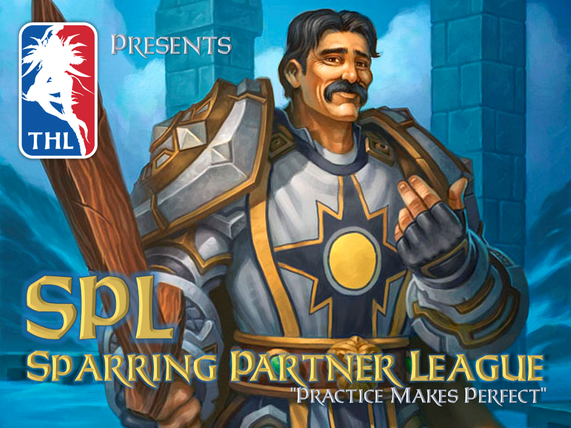 Register an SPL Team
SPL has been created to provide a low-impact environment to:

SPL will operate just like THL, and alongside THL during Season 3. An SPL team may operate independently or as a practice squad associated with an existing THL team. As a THL captain, you have the option of creating a SPL team as a companion for your THL team.
Here are the main differences between THL and SPL:

• SPL teams consist of 3 players, including a captain
• No PR cap for SPL teams
• SPL players are still seeded according to PR
• SPL matches will not impact player’s PR
• Signed THL players may play in SPL matches but should try to reserve spots for new players
• SPL teams may be associated with THL teams but are not required to
• Associated SPL teams may practice and prepare with their respective THL team
• THL captains will have final authority over the personnel of an associated SPL team
• SPL points will not be tallied week to week.
• SPL players who miss submission deadline will be noted, but will still be allowed to play their match
• Disqualifications will not be awarded
• SPL captains' performance will be assessed by rate of successful match completion
• SPL will operate in the same way as THL. Class submissions on Thursday, screenshots, match results by Sunday, etc.
• SPL will have no restrictions for substitutions
• SPL teams may be added/removed at any point during the season

Questions can be directed to admin@teamheartleague.com