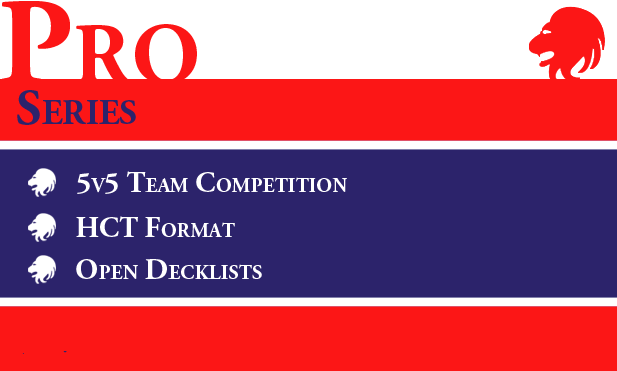 The THL Pro Series allows you to play on a team of highly-competitive Hearthstone players who are looking to take their tournament play to the next level. Each week your team of five players will submit five individual lineups and play against another team to compete for points. After a seven-week round robin regular season, the top four scoring teams will compete the following week in a semifinals elimination round, and the winners will then play the following week for the championship.
​​
Similar to our other team series, the format creates an environment for weekly preparation with the help of your team on class selection, deck building, and practicing against your opponent's lineup. Where Pro Series differs is that it will always mirror HCT format, and it won't use the THL Player Rating (PR) system, so your team won't have any PR cap restrictions; your team can have any five players of any skill level.

Brawl with the best. Grow with your team. Compete to win the championship!